It seems summer sneaked up this year with some heat waves. Now, in an official way,  we can say we’re entering the hottest time of the year. And in a few weeks many people and families will enjoy their holidays, of course. Either if you choose the beach or mountains, your hometown or your dream trip, certainly, every country music fans should have its favourite playlist ready.

More than once we talked about country music in this blog, and you already know it’s one of our biggest passions at Corbeto’s Boots. Of course, we have our own playlist with hundreds of the best Catalan, Spanish and international country songs, so we thought it could be a great idea to share with you our own picks. Probably all country connoisseurs heard these tracks, but this list was made for everyone who is in love with country music. We could share with us every single song, but instead check out our short curated country playlist by Corbeto’s Boots.

Walker Hayes and his wife arrived to Nashville back to 2005 pretending to build from scratch a solid career into country music business, finding a job at an advertisement company as a songwriter, but shortly after this he signed his first contact with Mercury Records Nashville, and later with the musical powerhouse Capitol Records. He has published three albums: Reason to Rhyme, Boom and Country Stuff.

Fancy Like, a single included in his album Country Stuff, went viral in 2020 during the COVID-19 lockdown. Haye, his wife, and his six sons & daughters recorded many TikTok’s of Walker dancing to his own songs, and in particular the clip for Fancy Like reached more than 2.4M likes and 23k replies, to the point of winning the Best Country Song Grammy prize. This some became so popular due to a musical arrangement much more close to a trap track in both beats & lyrics, maybe with some Lil Nas X vibes, and a further radio version featuring Kesha, being a song that made fall down many walls that separated classic country tunes from other urban sounds.

Lee Kernaghan is an Australian guitar player, songwriter and country singer. In his country he won already four ARIA Awards and three APRA Awards, being awarded as well as ‘Australian of the Year’ in 2008 and receiving the Outstanding Achievement Award for his álbum Spirit of the Anzacs.

Keep on Truckin’ belongs to Backroad Nation, his fifteenth album released in 2019, reaching the third place at the global Australia music hits board and leading the Australian country music board.

Folks Like Them is a country duet formed by Chris and Allen, a father-and-son band that is recording and playing music all their lives. These West Virginia residents work very hard to perform the old kind classic country music that feels sincere and tells us some touching stories.

Released in July of 2020, I Love The Backroads was the first single of their long-awaited EP Open The Door. The song lyrics talk about a man that finds out he doesn’t want to remain in a materialistic relationship and daydreams about spending time with someone that enjoys getting their hands dirty with everyday things.

Escucha Folks Like Them – I Love The Backroads en Spotify

Raised in Salt Lake City, Utah, Kaleb Austin grew up surrounded by a natural musical talent. Most of his relatives played in county fair bands, music festivals and family gatherings. When he was 14, Kaleb grabbed a guitar and started writing songs inspired on the Wasatch mountains.

Later he moved to Nashville in the search of being a successful country singer, and the person who made him reach to the big stage was his second wife, Cheyenne Jones, by showing him the magic of TikTok and Instagram. The uploaded videos of a younger Kaleb singing at home counted more than 1.5M followers in more than a year and a half.

Kenny Chesney is a North American guitar player, songwriter and country music singer that recorded more than 20 albums and produced over 40 tracks being ranked at the Top 10 Billboard Hot Country Songs, from which 32 of them were Top 1. He already sold more than 30 million albums worldwide.

This track, Fall In Love, can be found in his album All I Need to Know, released in March 1995, reaching the US Hot Country Songs sixth place.

Chattahoochee is the name of the third single of his May 1993 work ‘A Lot About Livin’ (And a Little ‘bout Love), being one of the most recognizable and representing line dance tunes.

Miranda Lambert – If I Was a Cowboy

Miranda Lambert is an American country singer and songwriter that began her career with a self-published debut album in 2001. Her first peak moment as a country female singer arrived in 2003 by finishing in third place in the TV talent show Nashville Star broadcasted by USA Network. Member of the country band Pistol Annies since 2011 along with Ashley Monroe and Angaleena Presley, she’s the most awarded artist in the Country Music Academy’s history.

If I Was a Cowboy  was the main single of her ninth solo album, Palomino, released in October 2021.

Escucha Miranda Lambert – If I Was a Cowboy en Spotify

His track Your Man gives name to his second studio album, being considered his first radio hit, reaching the top of the US Billboard Hot Country Songs at the beginning of 2006.

The young boy Kane Brown began his career entirely in his personal social media, and after sharing his talent he signed his first contract with RCA Nashville. After a few EPs he released his first LP in 2016 and the next year became the first artist in holding five simultaneous No 1 at the five main Billboard country rank lists.

Like I Love Country Music was cowritten by himself, Jordan Schmidt, Taylor Phillips & Matt McGinn during a songwriting retreat in 2019. In a first moment Kane lost his interest into this song, but  hearing it again after a while made him change his mind, releasing it a radio single.

Cody Johnson – ‘Til You Can’t

Cody Johnson is a North American country music songwriter who autoproduced his first six works before launching his musical career with a big record label, but before that he already had a successful journey, as his sixth album, Gotta Be Me, had a splendid debut at the Billboard’s Country Albums second place.

Til You Can’t is the first single of his eighth album called Human: The Double Album, released in October 2021.

Here we ended with our short yet intense country music playlist top lay and repeat during your holidays. Would you remove any song from there? Do you think we forgot an absolute country banger? Let us know your opinions in the comment box! 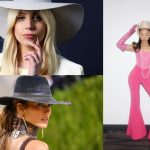 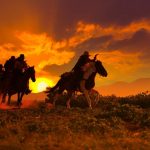