Relive the glamour and charm of the past decades seems to be an inevitable process into the world of fashion. In a few years we travelled over the time returning to the 60’s, the 70’s and the 80’s and despite nobody thought it could be possible, now it’s time for 90’s decade. Or it seems so because the interest from the big fashion brands about all the related to the visual look from those years.

Brands such as Tommy Hilfiger, Champion or Fila didn’t doubt to get inspiration from pop icons of that period to create sneakers with a recognizable nineties look. Whereas, Buffalo London case is a bit different. 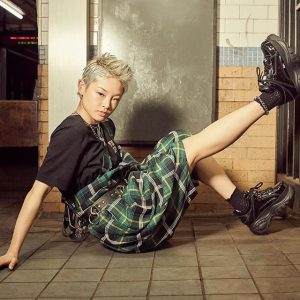 It is difficult to forget the Buffalo Classic. Above all, because of their unique and innovative design, their high platforms, laces and velcro. There is no doubt that they were a big boom on the 90’s, specially among rave movement. But it is fair to say that what definitely launched them to the international fame was that Spice Girls converted them into an icon of their rebel and fancy look.

Of course, 90’s decade were the golden years for Buffalo Classic. But what is true is that the german brand continuedproducing them until a very recent date as october 2016. But they were already considered a cult footwear.

However, new trends blow in fashion and as we explained you, things from the nineties are in again. So Buffalo has decided to reissue their great success giving them a light paint job. Starting with their name, so the genuine Buffalo Classic are now called Buffalo London.

Buffalo Classic focused in the young.

From 1979, the year that Buffalo Boots GmbH was founded, the main target for the german company has been the young public. On its beginning their main focus were the western boots. They were on top of the fashion for the young german on that time. The success of that idea in the 70’s transformed a small retail business into a big national distributor in the beginnings of the 80’s.

It was when, following youth trend, Buffalo designed their first sneakers that quickly sold in up to 20 different color combinations with great success. So, following the young, the company also grew up and in short time started distributing their products outside Germany. At the end of 80’s, Buffalo was already a brand recognised internationally among the youngest public. 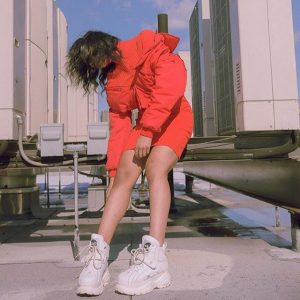 In 1995 appeared the famous Buffalo Classic, making Buffalo Boots one of the most recognised brands in the european market. Not only the Spice Girls but other artists such as Cher, Madonna, N’SYNC or Cameron Diaz became supporters of its young and carefree style.

Now the brand wants to recover that spirit by bringing back the great Buffalo Classic but, as Alexandra Preusche says, Marketing & Brand Affiliation from Buffalo London (the exclusive brand that has been created to promote this new product) their intention is “get closer to the younger public and image that nowadays represents the brand“.

Of course, such emblematic sneakers couldn’t miss in our catalog so Corbeto’s has been Buffalo Classic official dealer for almost 10 years, you could find them in our store in Barcelona and at our online shop. Now, for the brand new Buffalo London you will have to wait a little bit: they will be available on august. But if you don’t want to stay without them now you can make a reservation at our Buffalo Classic section.

We have four models available to reserve: black, white and nubuk beige sneakers with platform and black high boot with platform. All of them made with genuine cow leather and of course the iconic 6 centimeters high platform soles!

Furthermore, unlike the models from the 90’s that were more focused on the ladies, these Buffalo London are unisex so they will be available in small and large sizes for girls and boys. 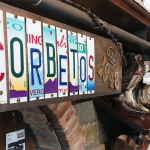 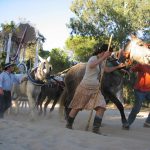