This online store uses cookies to improve our services and gather anonymous information for our statistics.
If you continue browsing this website we will consider that are giving consent to use cookies. For further information visit Cookies section

0
My Cart
Go to the cart
Home > Brands >Denix

So far, Denix's history is based on overcoming and how a small family business has been capable of being a worldwide leader in the making of historical recreation weapons handmade in Spain: established from 1967 in Ciutadella de Menorca by José Carretero Febrer and Sebastián Llull Salom -with a deep experience already manufacturing high quality costume jewelry, one of the biggest businesses in all Balearic Islands, and especially in Menorca-, they decided to completely transform their product line, starting from a small factory to one of the most powerful industries around, with an ample knowledge keeping the same manual processes and the tailoring of a completely handmade product where materials like hardwood or steel are treated, carved and mould at all in their ateliers by professional woodworkers and blacksmiths, a sensation of perfection you can feel when you wield one of their swords, reload one of their carbines or draw one of their pistols, spanning all historical ages, from Ancient Times to the 90's decade.

At Corbeto's Boots you'll find a great selection of Denix six-shooters and rifles, outstanding decorative replicas that look and feel almost exactly the same than many handguns and long-range weapons shotted in the USA during the XIX century, making a big difference in the Western conquering, perfectly calibrated, so the weight and handling strike as the most realistic possible, something known for many filmmakers and advertising companies that use these reproductions in western movies, series and TV ads. As an example we have the short cannon .45 caliber Peacemaker revolvers, considered the first popularized handgun in the American population and mythificated by western movie stars like John Wayne or Clint Eastwood, and the repetition carbines, the first high-powered weapons that lodge multiple bullets in the chamber. Both of them are highly demanded by collectors, historians, Far West fanatics, cowboy-themed parties organizers and reenacters of historical Secession War  and American Civil War battles, all of them are looking these identical replicas, armed with simulated loading and firing mechanisms.

Also all Western culture lovers can find from Denix as well a huge selection of metallic sheriff, Marshall and Texas Rangers badges of a superb quality, recreating original models, to wear in your leather vest, hat or jacket, and non-detonable bullet cases. 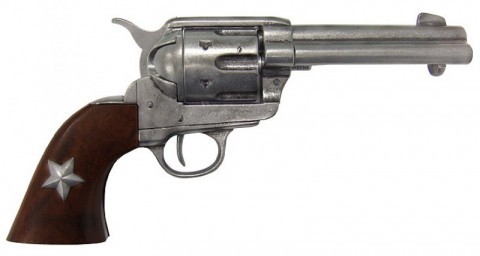 Colt revolver replica with decorative star on the handle
Ref. 1038 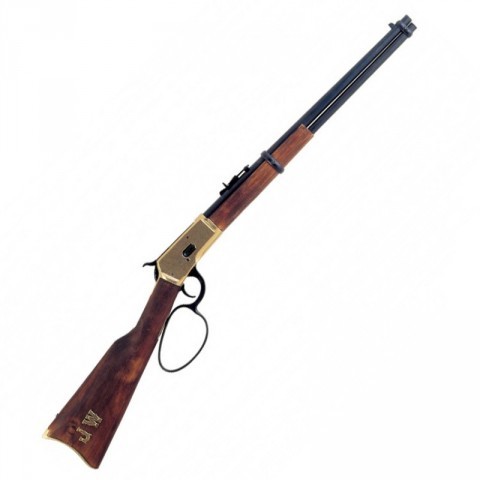 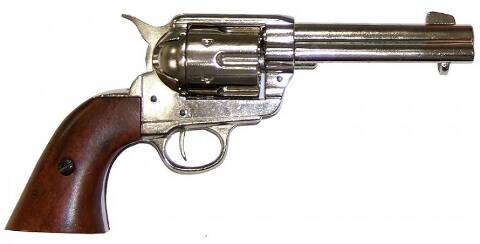 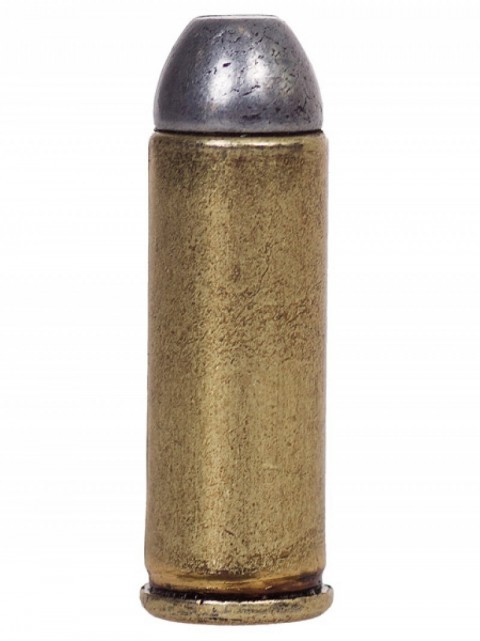