The Paisley print bandanas, that are so associated with the western style, in fact have their origin located at a long distance from the Far West. And it’s quite funny, because were the cowboys who greatly contributed to popularize these scarves in the west. At the time, they only did it for practical reasons, but these bandanas irresistible print design has gone through ages and nowadays adapts to all styles, in addition to the western.

But turning back to Paisley bandana print origins, as we said, it is located in India, concretely at Kashmir, in the northern part of the country. Because although in The West they are known with the name “Paisley”, the original name for this print is “Kashmir” or “Kashmirian”, like the Indian region they are originated. This design is also known like “Indian pattern”, in the 60’s the hippies rediscovered it making it fashionable, turning into a “boho” sign.

But before that “jump in the time” took place, something happened to make Paisley bandanas so popular in the Far West, of course… To that point we will also arrive, but let’s go little by little and let’s explain the history from the beginning. 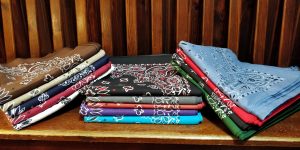 The Paisley bandana: mix of cultures from remote eras

This so peculiar design appeared for first time in Persia, and represented the cypress tree. It wasn’t only used for clothing, but for the famous Persian carpets, that nowadays are the most valued in the world. After producing clothing and carpets with this pattern, the commercialization extended to India, strongly taking roots in Kashmir.

This country’s northern region got famous around the world thanks to its printed pashminas, that in the 18th Century the East India Company public workers introduced in Europe. The great popularity that provoked didn’t take long to arrive, and the European got seduced by the softness and design of these clothes.

The name Paisley that refers to their pattern, isn’t casual, and has an historic reason that took place during Napoleonic Wars. In this dificult period, exports to United Kingdom were blocked, and an Edinburger textile trader, desperate by not receiving on time his cashmere scarfs with Paisley pattern, had a brilliant initiative.

But we know what happens with the crisis: the need sharpens the ingenuity and creativity. In this case, the trader called Paterson asked the weavers from Scotland’s city Paisley to reproduce that pattern, with so much success that nowadays, this bandana or scarf has the Scottish name.

Rest of the history is easy to deduce: Paisley bandanas ended crossing the Atlantic and arrived to North America. In those days exploring the Far West was on its peak and the Paisley print became the most popular pattern for the bandanas used by the cowboys. They mainly worn them at their faces to protect against the dust, wind and sun, besides to prevent being recognized when convenient, what wasn’t unusual.

Those cowboys could barely imagine that their favorite bandana was setting a trend, and would go a long way in future generations fashion. 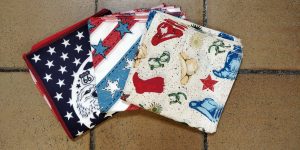 For a time to now, top fashion brands collections bet on Paisley prints and the most noted influencers didn’t hesitate making them a trend.

Bandanas are the most representative accessory from Paisley pattern, easy to wear and combine with any style. They provide a becoming touch to any look, they are unisex and can we worn during the whole year. At the neck, head, wrist, laced to our handbag or strategically placed in a pocket, a bandana constitutes one of those details that makes a difference.

At Corbeto’s we suggest a wide variety of Kashmir bandanas or Paisley bananas from irresistible patterns and designs at great prices, 100% cotton. It’s sure that more than one adapts to your favorite looks, check them now at our online store and join the Paisley print trend. 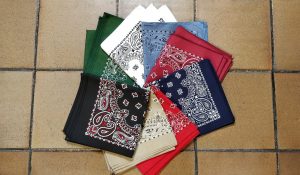 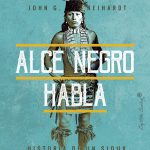